Skip to main content
Proudly Sponsored By
Club Logo
Created By
Catchup on all the latest action from ${round}!
Previous
Next
Loading…
Watch every match live and on-demand...
Loading…

There is currently no ladder available
Catchup on all the latest action from ${round}!
Previous
Next
Loading…
Loading…

The Life Members, together with their partners and guests, had gathered for the first time at a Luncheon convened by the club’s former Chief Executive Stephen Gough with the support of fellow members of the organising committee - Life Members Frank Brosnan, Sharon McColl and Shane O’Sullivan.

Those in the room at Kew Golf Club reflected a who’s who of Carlton history both on and off the field. Amongst them were:

Amongst the plethora of former Carlton players were members of the club’s eight premiership teams from 1968. Also there was the 102-game player of the 1950s and ’60s Berkley Cox, who had jetted in from Tasmania, through to Anthony Franchina and Simon Wiggins.

Another former player on hand was Jon Dorotich, who had jetted in from Perth for the weekend. The previous afternoon, the 1987 Premiership player had rung the club’s old matchday time bell at Marvel Stadium as the latest inductee to Carlton’s Ring of Honour. 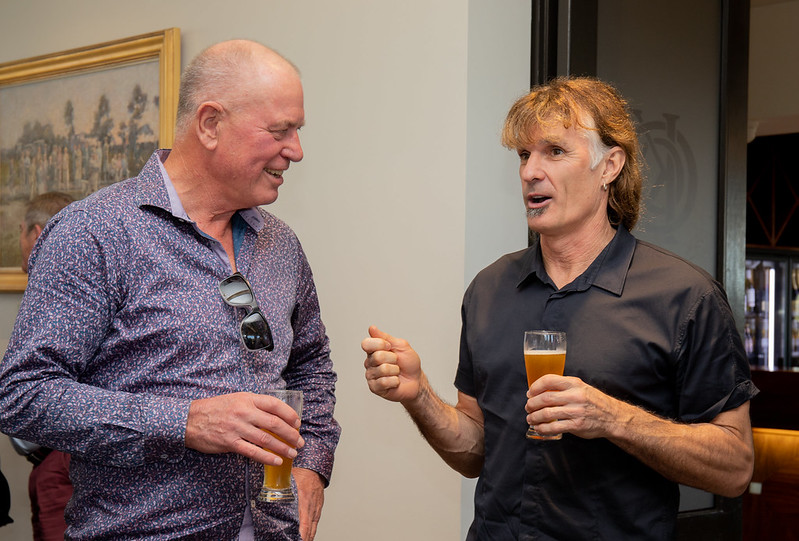 “This was a great occasion. To see the gathering, particularly the people from the different eras, and I know lots of them, was fabulous,” Dorotich said.

“It was terrific to reminisce with them and to join them all in receiving a commemorative certificate honouring our Life Membership status at this great football club.”

Another Life Member, Gordon Newton, joined his son the former director Richard Newton at the function. As the last living link with the late George Harris’ Progress Party, which swept into power in 1964 and secured Ron Barassi’s signature as playing-coach soon after, Newton was eminently qualified to cast critical judgment on the get-together.

“This is a wonderful day for Carlton – so many people of all ages and all eras – and I’ve been one of the lucky ones to see our teams win 10 Premierships,” Newton said.

“A lot of the players I have known for the best part of 40 or 50 years, who have all married and gone their separate ways, are at the function. These friendships only further my love for Carlton.

“The first thing I do when I buy the daily newspaper is turn to the front page to see if a war has been declared, then turn to the back page to see the latest reference to the Carlton Football Club.”

Gough indicated that it was the organising committee’s intention to conduct a Life Members Luncheon on an annual basis; to update the Carlton Football Club’s Life Members’ Honour Boards that had been in storage for the past 14 years for future display at Ikon Park; and to present every surviving Life Member with a certificate.

Kreuzer made his return to match play for the Northern Blues on Saturday.